Dreams in the ancient Egyptians 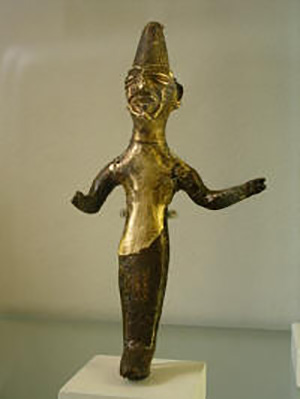 The importance given to dreams in this historical period is expressed in the dialogus between goddess Isis and Horus:

“Horus, my son, tell me what you’ve seen so your suffering may dissolve through your dreams”.

The most ancient check we have, concerning dreams and their interpretations, goes back to 4000 years ago, in the “Ieratic Book of dreams” which was written in Egypt in 2052 – 1778 BC in ieratic (cursive hteroglyphics).

It’s a king of dream-dictionary, a work for a quick consultation in which the most common images that appear in dreams are explained.

Each line in this text begins with the words:

if a person sees in a dream… and the work begins from the premise that dreams must be divided in two big groups, those of the good people (protected by God Horus) and those of evil people (protected by Seth) and that, for the holyness of language in Egypt, each word or phonetic concordance present in the dream wasn’t casual, but it could indicate a possible, probable meaning.

The basic idea was that the dream was a way to communicate with the dead people or with the divinities, but since then already it was believed that the images could come from the dreamer’s particular condition, a situation he was living, and some affirmations in it reflect this belief:

“The dreams are comprehensible only if the conditions of life, of the dreamer’s physique and character are considered”.

The importance given to dreams in this historical period is expressed in the dialogue between the goddess Isis and Horus:

“Horus, my son, tell me what you’ve seen so your suffering may be dissolved through your dreams”. Instead the two “Demotic books of dreams go back to the I century AC, whioch unfortunately have reached us in fragments, and are concentrated almost completely on female dreams, with sexual contents and concerning animals.

These ancient testimonies, the result of a millenary civilization, are surprising for some modern themes such as considering that the dreams formed by images and symbols that reveal the dreamer’s thoughts and feelings, to consider them useful only for who understands them, to analyze the words and phonetic analogies, to consider the sexual contents.

But the basic ideas that dominate the Egyptian dream-study are mostly expressions of the faith in after-life, and in the dreams as a primary connection with it.

As the sun is “immersed in the night” man with the arrival of sleep, is immersed in after-life to emerge from it stronger in the morning, this is the common vision. And the dreams, in this perspective, were the language of this mysterious territory that the dreamer could bring with him to be guided during the day.

The dreams had prophecies for the future and information on the dead people, the sovereigns’ ones concerned even the political events, they held truth and wisdam and were the Gods’ voice, which revealed itself only to the intelligence of the expert one.

The interpretation of the dreams was in fact considered actually a science which was as respected as medecine and magic and foresaw an accurate preparation, and studies years long in the “House of life” a real cultural institution used as a laboratory for the scribes, a kind of University of the times.

Even the priests of Serapide in Kanobos supported themselves with dreams consultations, interpreting the dreams sent by the gods to the people, and with the “dream medecine”, the specific analysis of the dream to treat and heal the body through the comprehension of the dreams, and was widely practised in all the ancient world.