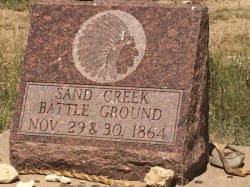 Ancient city and, for many centuries, capital of Upper Egypt, built on the banks of the Nile, at about 725 Km south of Cairo of today.

In ancient Egyptian it was known with the name Waset.

Tebe is today partially occupied by the cities of Karnak and Luxor.

The name Tebe was given by the Greek, who called it also Diospolis (“heavenly city”) and it’s identified in the Ancient Testament as No (“the city”) or No-Amon (Amon’s city).

Of prehistoric origin, Tebe appears for the first time in documents that go back to ancient Egypt.

Tombs that go back to the VI dynasty (2407 – 2255 BC) have been discovered in the necropolis on the western side of the Nile.

As the biblical name of the city indicates, the local divinity was Amon, who in origin represented the power of generation and reproduction and, later, was worshipped, with Ra, as Amon-Ra

Amon’s temple in Karnak is one of the best kept and impressive ones of ancient Egypt.

During the pharaohs’ reigns from the IX to the X dynasty (2230 – 2035 BC), Tebe became the administrative centre of a powerful descent of nomarchi (governors) that challenged with success the pharaohs in Eracleopoli, obtaining the complete control of Egypt around 2035 BC.

With the dynasty of teban pharaohs, the city became the capital of Egypt until Akhenaten’s reign, in the XIV century BC. Many temples, the path of sphipoxes, a series of beautiful tombs and many other monuments were built in this period in Tebe (or near it).

Particularly during the XIX and XX dynasty (1293 – 1070 BC) after the city was the capital of the reign again, the pharaohs increased its splendor with impressive architectural works.

Tebe was sacked by the Assiri in the VII century BC and, in spite of the following restorations, it began to progressively decline after the defeat of the XXXI dynasty ( 332 BC). At the end of the I century BC it was destroyed by the romans.

Among the most important monuments there are the pharaohs’ tombs in the Valley of the kings, the colossal of Memnone, the Ramesseum of ramesses II, ramesses’s III temple and the queen Hatshepsut’s one.